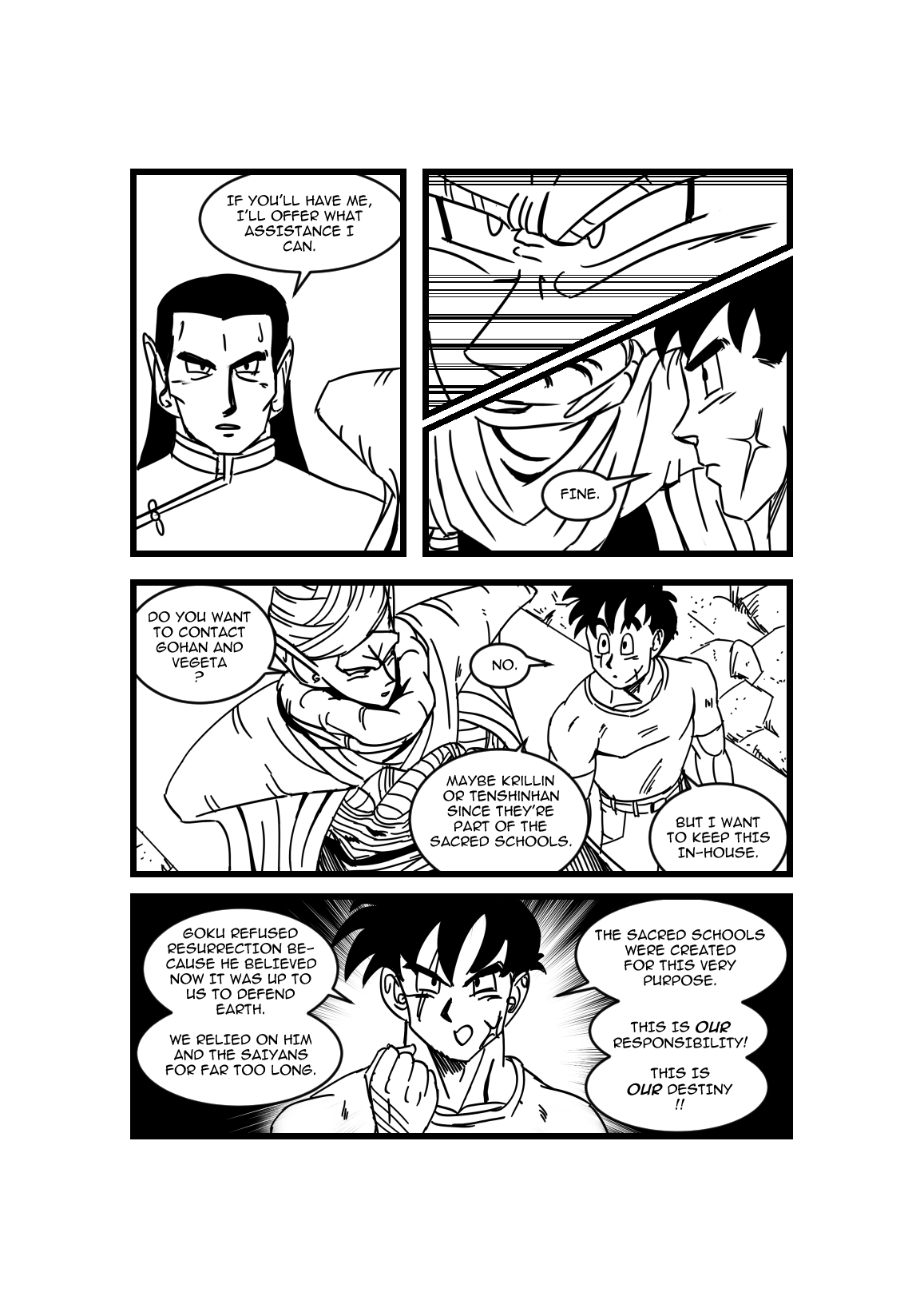 SOLID REASONING FOR WHY THEY DON'T BUST OUT THE BIG GUNS!
Edit Delete Reply
Lord22 4th Jan 2016, 5:35 PM
Hate to rain on everybodies parade, but this is comparable to a US Marine core person refusing to call in an airstrike because they have relied on the US Air Force for too long.
Rather illogical.
On the other hand this is DRAGON BALL Z!
Vegeta would probably do something stupid and screw things up anyway.
Edit Delete Reply
Gem Productions (Guest) 20th Jan 2017, 5:23 PM
Vegeta be like hey your not powerful enough go fuse with cell then we fight
Edit Delete Reply
ShadowRose 6th Aug 2017, 6:07 AM
It's more comparable to Chicago not wanting LAPD to protect them; with your analogy, they're at least expected to work together, but this is two entirely separate species from two entirely separate worlds. I think it makes perfect sense for Earthlings to want Earth left in the hands of her own.
Edit Delete Reply
Guest 21st Nov 2017, 10:52 AM
Not really, no. here's why.

-First and foremost, these aren't military men. They're Martial Artist with deep Asian culture in their roots. This isn't about pride, it's about honor - and in fact, Goku and Vegeta would agree to not butt in their battles if they said "please don't interfere", because they themselves understand this warrior-like mentality. They've done that several times in the show.

Second, many military missions have happened with this kind of reasoning. When France retook its capital in WW2, for example, the commanders of the resistance asked the US allies permission to not interfere with the recapture of Paris, because they wanted to fix that stuff themselves.
They succeeded.

Illogical, but this isn't about logic. It's about human feelings, redemption, and again, honor.
Edit Delete Reply
Fabian (Guest) 12th Dec 2016, 2:01 AM
I agree with Yamcha. Plus a Kaioshin should be below Fat Buu power tier, so I assume even if they did bring Vegeta/Gohan, they'd need a bunch of a powerups to catch up to Heiwa. owo
Edit Delete Reply
Rod of Stone (Guest) 30th Sep 2018, 5:20 AM
And this is the moment I knew your story was going to be awesome!

This is the line we all fans of the earthlings talked about; the dezinents of Earth should have been responsible for their planet's fate! Like the Sayian ark.
Edit Delete Reply
Post a Comment